Estate planning or asset management questions? Attend a free educational seminar to learn how to ensure and protect you financial legacy.

In celebration of  Independence Day, all of our locations will be closed on Monday, July 4. 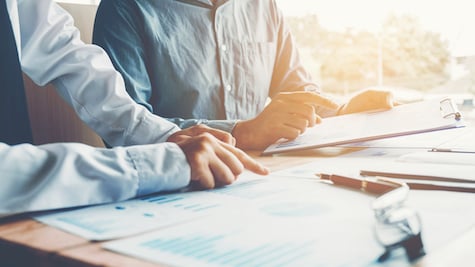 Supported by stable interest rates and optimism regarding the China trade negotiations, the S&P 500 Index rose 28.9% and the Nasdaq Index, with its high information technology weighting, rose 33% for the year. Enthusiasm and expectations for a better economy and strengthening earnings grew as the year progressed. Current equity market valuations look historically elevated with an overall 18x expected Price-to-Earnings ratio, but with few attractive investment alternatives, the financial market gains can continue. There is still over $1 trillion in private equity and hedge fund cash ready to be invested, so even a minor correction would be met with supportive technical buying. The rally was concentrated in the Large Cap technology growth stocks with Mid Cap and Small Cap stocks generally up less significantly. Value stocks like financials, consumer staples, energy and utilities – which are not expected to have significant earnings growth – underperformed during the year.

The trade negotiation details are vague and still being finalized, but are expected to be signed on Jan. 15. It appears that U.S. agricultural exports to China will balance imported manufactured and high technology goods. The intellectual property rights and more open Chinese financial markets are also expected to be addressed. In conjunction with this, the NAFTA update known as USMCA with Canada and Mexico looks near to congressional passage, which will help lift economic trade barriers. These two events should accelerate global economic growth and lead to naturally higher and healthier interest rates. The European and Asian economies must strengthen for interest rates to rise globally.

As usual, several geopolitical, diplomatic and economic events will add volatility and uncertainty to the financial markets this year. Iran has the unpredictable ability to impact returns. Iranian military activity in response to the recent missile strike could deter oil exports through the Strait of Hormuz and raise energy prices. The long-expected British exit from the European Union on Jan. 31 will create uneven growth in the region as England and Europe continue to struggle with aging demographics. And finally, the November national elections will be close and controversial so we will need to monitor all of these carefully.

Most importantly, the Federal Reserve has indicated that monetary policy will remain accommodative with relatively low interest rates to stimulate growth in lending and business activity. Although they are not describing it as quantitative easing, the Fed is purchasing short-term U.S. Treasury Bills and Notes and adding to its balance sheet again to create a positively sloped yield curve. As long as the Fed remains accommodative in its policy, the economy, bonds and equities remain supported.

Investments are not a deposit, not FDIC insured, not insured by any federal government agency, not bank guaranteed and may lose value.

Planning for the future is difficult. It requires forethought, making long-term decisions today and trusting someone to carry them out for you. Charlotte State Bank & Trust, Crews Bank & Trust, and Englewood Bank & Trust offer professional investment management services, estate administration services, and trust administration. Our experienced Trust and Investment Management Services professionals can personally help guide you and your family through estate planning issues and offer strategies that may help secure your family’s financial future for years to come.